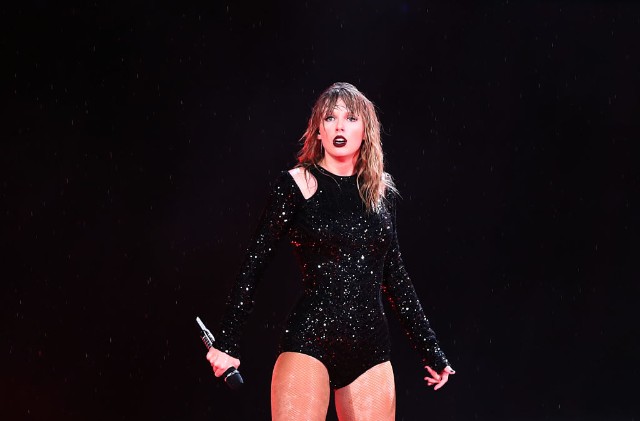 Just weeks after becoming a free agent, Taylor Swift has signed a new deal with Republic Records and its parent company Universal Music Group. The move follows the expiration of her longtime contract with Nashville-based Big Machine Records, which already operated a distribution partnership with Universal. Terms of the deal were not disclosed; given Swift’s superstar status and (ahem) reputation for trend-defying physical record sales, her next few albums are likely some of the industry’s most valuable.

Losing Swift is a big but not unexpected blow for Big Machine, which has released all of her albums since 2006’s debut Taylor Swift. Though Big Machine is also home to artists like Florida Georgia Line and Reba McEntire, Swift-related income accounts for a significant portion of its revenue—between 20 and 50 percent over the past four years, according to calculations by Billboard.


On Instagram, Swift announced the deal with a photo featuring Universal Music Group chairman Lucian Grainge and Republic Records CEO Monte Lipman, paired with a typewritten statement. “Over the years, Sir Lucian Grainge and Monte Lipman have been such incredible partners,” she wrote. “It’s also incredibly exciting to know that I’ll own all of my master recordings that I make from now on.”

Big Machine presumably retains ownership of Swift’s first six albums, a valuable asset that reportedly became something of a sticking point in the label’s effort to keep her on its roster. Swift had reportedly hoped to purchase her Big Machine masters as a condition of signing a new contract. But transferring ownership of Swift’s catalog would have sunk the label’s valuation at a moment when Big Machine’s ownership was rumored to be seeking a sale—most likely to Universal, the same corporation that just signed Swift on terms allowing her to control her masters going forward.

A final piece of Swift’s new contract reflects her position as one of few active recording artists with leverage in the industry’s relationships with streaming services (recall her sometimes contentious dealings with Spotify and her public showdown with Apple Music). “As part of my new contract with Universal Music Group, I asked that any sale of their Spotify shares result in a distribution of money to their artists, non-recoupable,” her Instagram note continues. “They have generously agreed to this, at what they believe will be much better terms than paid out previously by other major labels.”

Like the two other major labels, Universal Music Group owns a small stake in Spotify (estimated at 4 percent as of this spring). Should the label decide to sell those shares, it had already promised that an undisclosed portion of proceeds would go to its artists. Swift apparently intends to use her influence to lock in that commitment, meaning that she—as well as new labelmates like Ariana Grande and Post Malone—effectively have a financial interest in Spotify’s prospects for success.