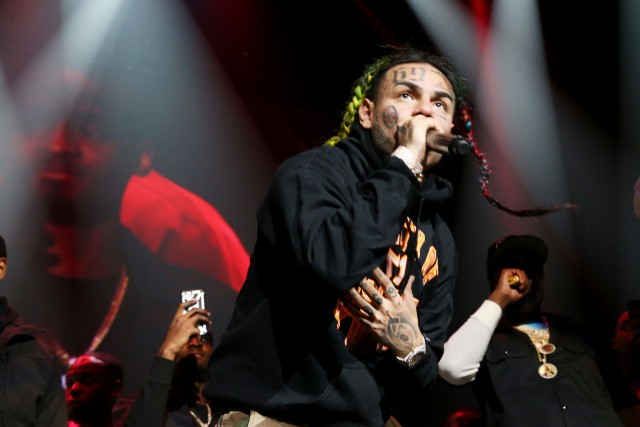 Shortly after being granted conditional release for a charge of assaulting a police officer, rapper Tekashi 6ix9ine has been arrested on new racketeering and firearms charges, The Daily Beast and TMZ report. The Brooklyn rapper, born Daniel Hernandez, is reportedly in custody along with two former members of his management team. Kifano Jordan, known as Shottie, and Faheem Walter (“Crippy”) were fired by the rapper last week. Jordan was arrested earlier this month for gang assault and criminal possession. TMZ’s sources claim the racketeering investigation was a joint effort between ATF, NYPD and Homeland Security. Further details about the charges are expected to be announced today.

Hernandez was just beginning a four-year probation stint after avoiding jail time for a sexual misconduct charge, which involved using a 13-year-old girl in the context of a “sexual performance.” The tenets of his plea deal in that case included the provision that he would not commit another crime within two years. The ruling of conditional release in the police assault case was also dependent on his ability to stay out of future legal trouble; that sentencing occurred just last week. The rapper is still facing charges for allegedly choking a teenager in Houston in May.